The first club outing of the year took place last Sunday. This was to the maze complex just outside Lisburn to visit the Ulster Aviation Society. The UAS has two hangars on site that are crammed full of historic aircraft, many with a local connection, aviation related bits and pieces and vintage vehicles.

The plan was to meet up at the entrance to the Maze complex at 11:45 but on arriving at 11:30 I found I wasn’t the first, some very enthusiastic members had beaten me there. Eventually we drove through the security gates and arrived outside the hangars at 12:00 and were met by Society chairman Ray Burrows and Jim Fraser. These were our very knowledgeable guides for the day. We split up in to smaller groups and Ray and Jim gave us a quick tour of the hangars and unloaded all their knowledge, especially the local knowledge.

With the tour over it was down to business, taking photos. We broke up in to even smaller groups and some members went off on their own, but always returning to point out places or things of interest. One of the common factors about the day was many members commenting on the fact that they didn’t know what to shoot, there was so much stuff about.

The aircraft exhibits are packed tightly together in some places so some members homed in on the smaller details. After 2 hours it was time to call it a day.

I think I speak for all in saying that it was a fantastic visit and the club would like to thank the Society for having us along. Special thanks has to go to Ray and Jim whose knowledge and enthusiasm was brilliant. I for one will be returning and hopefully we can get the club booked in again in the future. 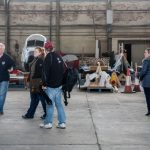 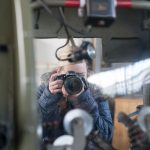 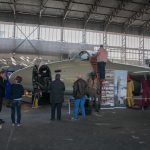