As the headline says, we’re back. It was a difficult season to plan given the ever changing advice and restrictions being placed on the country. Because of this the club committee decided to plan the calendar up to the end of December and to plan as many outdoor, socially distanced, outings as possible. The calendar for the remaining months of the season, January 2021 onwards, will be planned and released closer to the end of the year.

Our 1st night was a socially distanced meeting with a quick overview of the club given and registration fees taken. It was lovely to see so many returning members and a few new members. After the introductions etc. we took our gear and headed out in to Lurgan town centre and the park. It was a great first night. 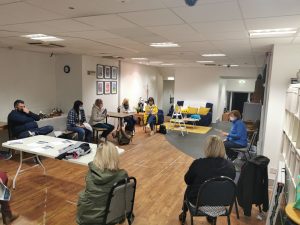 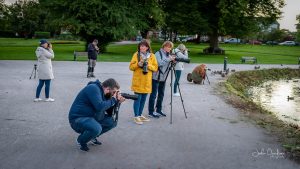 On to our second night, and again this was a socially distanced meeting. We had named it ‘3 member Presentations’ but decided to throw it open to any member who wanted to show off their work. Quite a number stepped up to the challenge and the work presented was fantastic. Some of them were old images but quite a few images were taken during the lock-down and were simply superb.

On to the third night. This was the first of our ‘A Tale Of Two Towns’ nights. The idea was to select two towns and have our members photograph them and then present their images at a later date. This was to show how different photographers photograph the same place. First up was Moira, the second town will be shot in November – should be interesting. 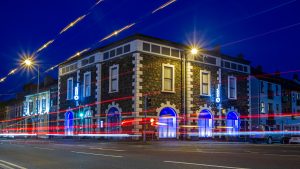